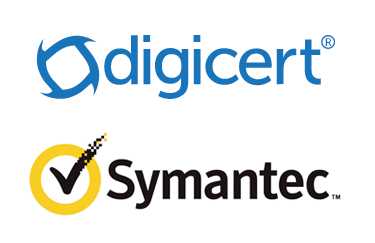 It has been almost a year since Symantec’s hitherto unscathed reputation in the certificate business was shaken because of inconsistencies in the vetting process of some Symantec RAs and the subsequent gloomy forecast by Google’s Chromium team. Every day, you may find articles in the international press that contain sentences such as, “Google plans to stop trusting current Symantec certificates.” However, such headlines seem to come out of thin air, as they are all about certificates issued before June 1, 2016. These also retain the usual compatibility after a free certificate replacement (re-issue), even after April 2018.

Nonetheless, Symantec’s international rivals, who, like packs of bloodthirsty wolves, are circling around the industry gossip, hoping to wrest away some of the big customers and partners, will continue to spread these tales on the blogs of competing companies and the specialist press.

The recently announced acquisition of Symantec’s certificate business by DigiCert will soon lead the Phoenix to rise out of the ashes. A new giant will arise that will have not only enormous financial resources but also an international network of partners, unrivaled market shares in the premium segment, the crème de la crème of engineers and crypto experts, and an immense popularity in the community—to the delight of all users and the community and to the anger of the hungry wolves.

Industry experts understand that this strategic alliance will only be the beginning of a path that can take advantage of new synergies to develop innovative standards and to meet the rapidly growing demand for data security on the Internet.

With unprecedented transparency and continuous dialogue within the community, the new DigiCert will ensure that confidence in the certificate industry is fully restored and even expanded.

A new era begins.
We are looking forward to it.